How are we?
An exhibition of artworks by Sophie Peters
On display at the Ashurst Emerging Artist Gallery, 1st September 2019 - 29th December 2019

Sophie Peters’ exhibition answers the question “How are we?” from the point of view of a millenial who is both hyper-aware of her world and simultaneously dwarfed by the magnitude and complexities of its problems. Visual artist Sophie Peters is 22 years old and has created a vibrant response to the question offering her perspective on some of the most fundamental issues of 2019 including gender, identity and the environment.

Starting with “Theo’s Plastic Beach”, the artwork welcomes the viewer into visual conversation with a subject who is situated in a plastic-heavy environment. The piece describes the chemical composition of the items around the subject in subtle lines of text within the composition, yet does not fall into the easy narrative of blind critique. As a recent graduate of liberal arts and natural sciences, Peters explores our wider collective existence from the background of a multidisciplinary student, a researcher and a westerner in 2019.

Each work approaches its subject with empathy and tenderness, and ideas are presented with multiple contradictions to each topic. We are found in the thick of a mass protest observing individuals interacting with the police, as well as onlookers in an ambiguous scene in which a father comes to terms with his child’s gender. “Shibuya Meltdown”, an isolated piece in the collection, gives insight into the artist’s uncertain thoughts about the nameless millions in countries outside of Europe whose lives are irrevocably linked to a western lifestyle. The artist’s own life is explored in the piece “Living with no purpose” and in her “Self Portrait (Snowflake)” piece.

The exhibit sheds a positive light on the future despite its heavy themes. A moment in the near future in which environmental and social crises have been fixed (as might be hinted at in the books found within the other paintings) is brightly displayed in “This is how we saved the world” and, much like the writers featured in the paintings and in the books on the shelves of the exhibition, Peters believes in the power of positive thinking and social action on influencing the future. The details and nuances of this collection, along with its beauty, are where ideas that are key to an understanding of Peters’ vibrant generation lie. 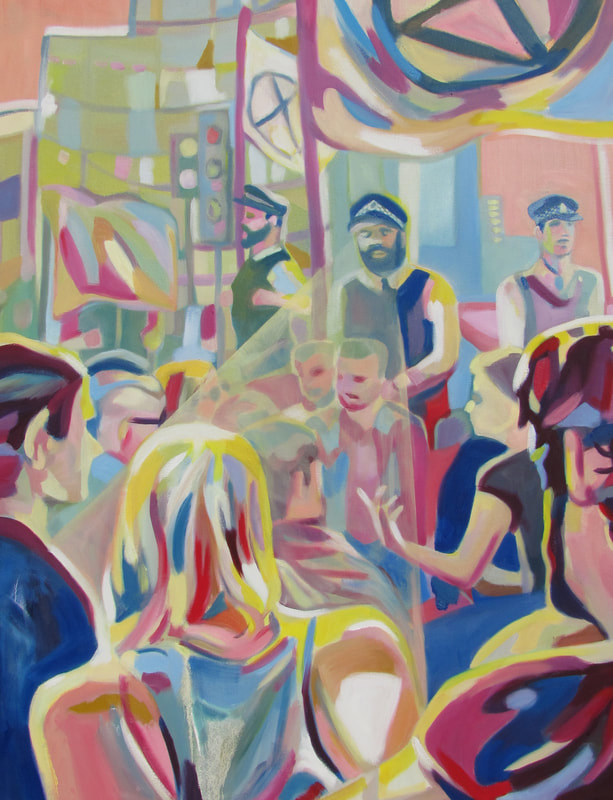 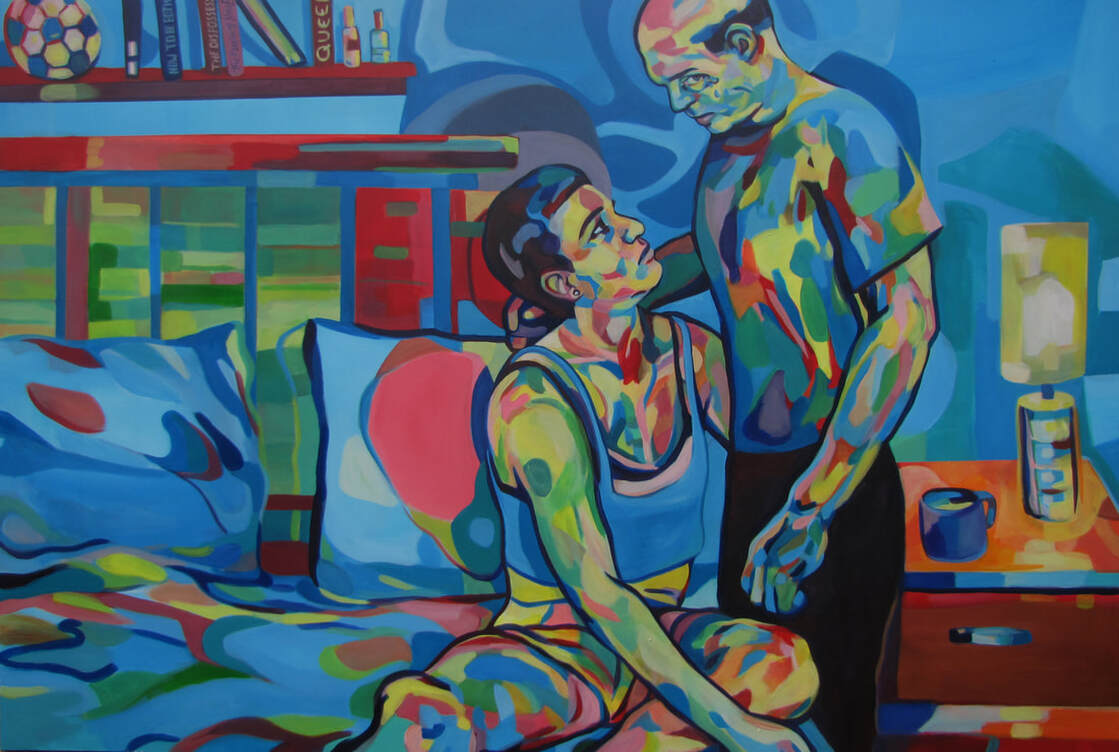 The death of my son, the birth of my daughter
122 x 183cm
Acrylic on canvas 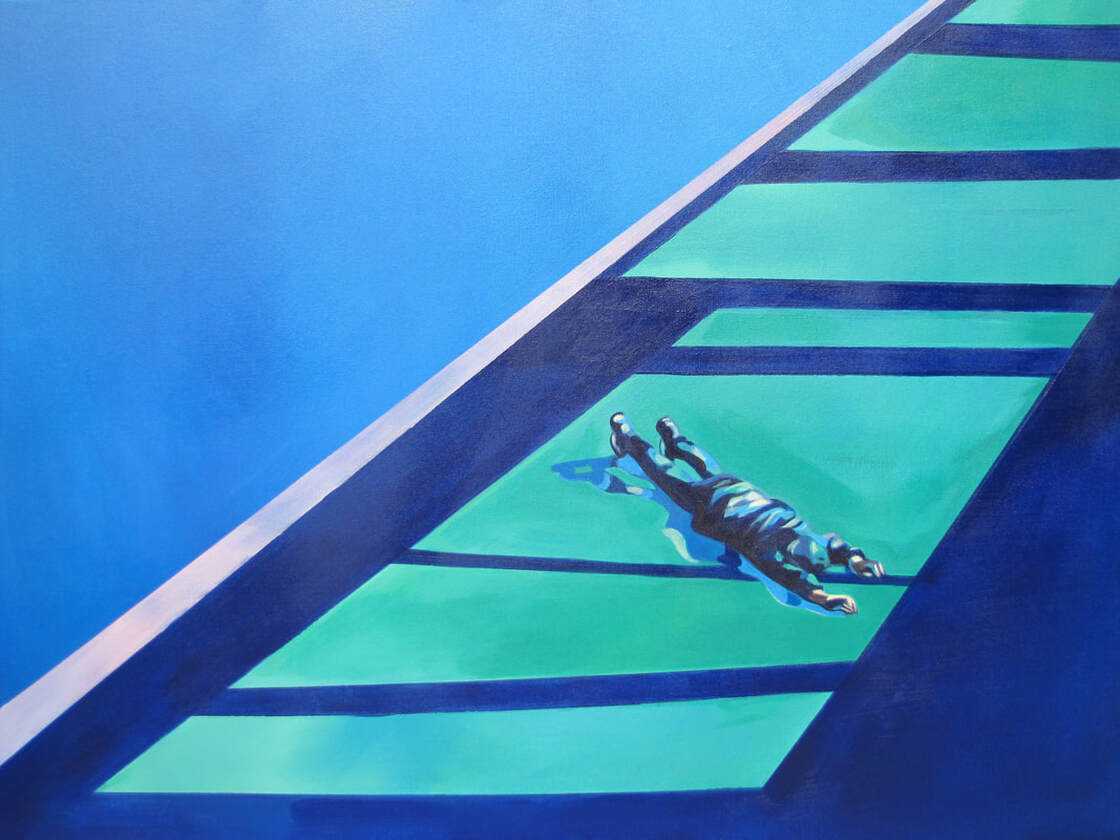 She was the winner of the CHBH (Centre for Human Brain Health) artwork competition (2018), part of the PARSE Fifth Annual Southeast Louisiana Juried Student Exhibition (2018) and Highly Commended for the under 18 Art Prize Award (2015). Her work has been published in Entropy Magazine, New Orleans Street Art by Kady Perry (2019), and the Boston Accent and Cotton Xenomorph poetry journals (2018).

Sophie was born in St Paul, USA, in 1996, but grew up in England and is both gender fluid and queer. She majored in Biological Sciences as part of a Liberal Arts degree at the University of Birmingham, but has been prolifically creating art and text work her whole life. Peters is inspired by written works such as those of Ursula K Le Guin and C A Conrad as well as contemporary visual artists such as Rachel Maclean and Grayson Perry.

You can see more at www.sophiepetersartwork.com ​

See more about Sophie Peters in the the press release for the Ashurst Emerging Prize 2019.